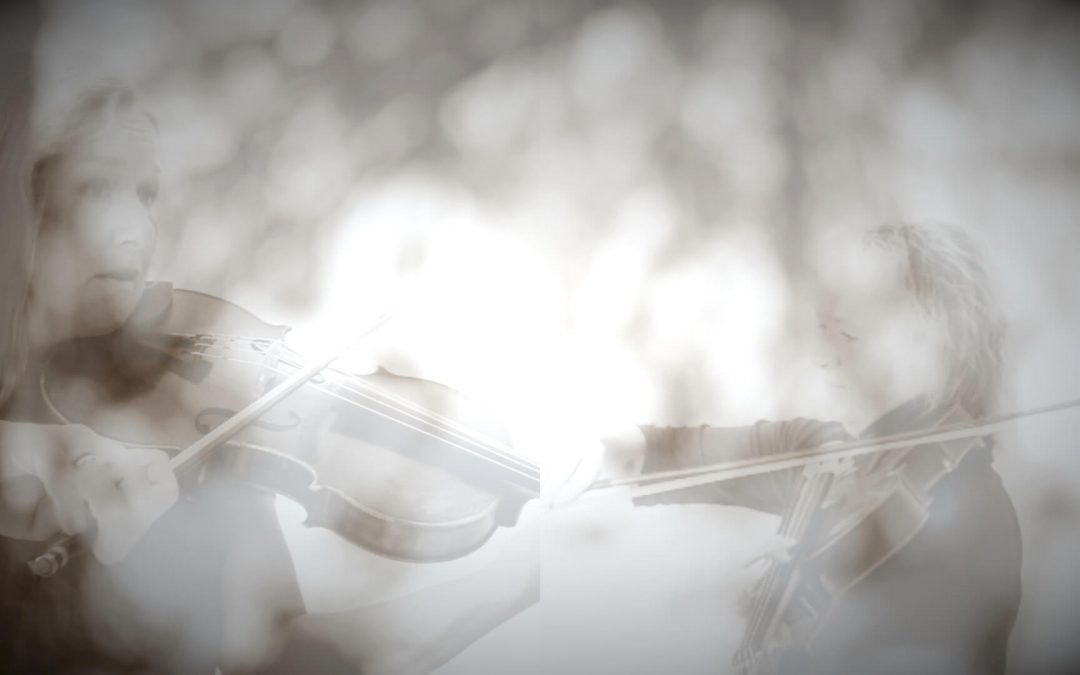 Description of how the project has developed

Dovetailing developed out of an awareness I have had for some time that I could learn much from the craft of luthiery (the term for the making of stringed musical instruments). As a maker of suspended sculptural mobiles in wood, my own practice also involves bending and shaping wood, discarding, sanding, honing and waxing shapes. I started visiting luthiery workshops (Hansell Violins and Peter Barton) with the plan of making a series of mobiles in response.

The sound of a played stringed instrument is the result of interactions of its own many elements, producing notes of music which radiate from the body of the empty sound box into the surrounding air. My idea was that as well as celebrating instruments as honed sculptural forms, the constantly moving and changing mobiles could give a sense of this balanced interaction of varying parts. Furthermore, musical notes, once played, are a unique performance, and the fleeting nature of the configurations created by the wooden mobiles could reflect this.

The more I learned about the craft of making musical instruments, however, the more I was intrigued. The quietness with which luthiers (the makers of instruments) listen to and respond to the materials they have, craft their shapes and then let them go them into the world struck me as significant. The making/ crafting/ creating process seems almost like an act of humility; luthiers make shapes which are then played by others to create music for the world to hear. I felt that the silence of my mobiles could be a possible way of exploring something more than merely the technical or performing aspects of instruments: they could invite a consideration of the quietness of the craft of luthiery.

I was invited to create an installation based on the project for an arts festival (2020) in York, and was offered the use of a medieval church very close to York Minster: Holy Trinity Goodramgate. The theme of the festival was nature, and this inspired me to call the luthiery project Dovetailing to describe the strong and seamless partnership of nature and craft which creates potential for music.  The word dovetailing is used in both woodworking and making instruments and also in musical composition, so it felt very apt. There seemed to be something hopeful about the idea, that in the midst of despair about the impact of humankind on the environment of the world, this craft symbolises expertise and care, as well as an intuitive response to natural materials. The yielding of wood, the careful listening to and using of this wood for the instruments and finally the music which is played, – often speaking back to natural rhythms and cadences, – seems to symbolise the potential for a harmonious partnership with nature. It brings to mind a quote from a recent novel The Overstory by the American writer Richard Powers: “My simple rule of thumb, then, is this: when you cut down a tree, what you make from it should be at least as miraculous as what you cut down.”

Through the Quakers, I contacted a renowned composer, Sally Beamish, whose music I love. I was very lucky that she was interested in the project due to a wonderful coincidence that her daughter Stephanie Irvine is a luthier and had made the viola which Sally plays on. A friend who I have collaborated with a lot in the past, filmmaker Clare Dearnaley, decided that she would like to explore the idea of making the sound installation. We started making plans. The sound installation developed into the idea of a film.

Glasgow was the best place for the six of us to meet and record sounds and gather footage of Sally and her viola partner Sophie Renshaw playing, and Stephanie and her collaborator Linus Andersson in the workshop. Tickets were therefore bought and accommodation booked for a visit to Glasgow in mid-March 2020. Sally would come up from Brighton and Sophie would also be there for two days teaching so could take time to record and film with Sally. Clare and I caught the train, laden with cameras and lights, at Skipton and headed across the incredible and remote parts of the Yorkshire Dales. We changed at Carlisle and just as we were reaching Glasgow, I received a call from Sally to say that Sophie was not well and was returning home to Winchester, and Stephanie and Linus were also coughing. We turned back at Glasgow and the first lockdown began a few days later.

Thankfully everyone recovered quickly. By this time, I was in the early stages of making the first mobiles and over the next few months it provided solace to have it as a series of work to develop during lockdown. In May 2020, Sally and Sophie made one of the weekly films for the London Mozart Players in which they included a discussion of the project and a remote recording of the piece which Sally has specially adapted for the project, ‘Prelude and Canon’. As soon as a number of mobiles were finished, I dropped them with Clare to make a short promotional film. She filmed trees in her garden, the mobiles against the sky and foliage, and interspersed it with the footage Sally and Sophie had made when they created their remote recording of the piece of music.

The festival in York was postponed but we carried on regardless. With no sense of when the festival might resume, we looked for somewhere else local for the first showing of the installation. In the meantime, we had the opportunity to do a small trial installation with the promotional film at an Ilkley Arts exhibition at the Manor House and it was very well received.

I kept coming back to the idea of Farfield Meeting House, which is just 10 minutes from where we both live. Built in 1689, Farfield is one of the oldest Quaker meeting houses. Built the same year as the 1689 Act of Toleration, this small and modest building is an important monument in the history of religious freedom. I grew up in a Quaker family and Sally and Stephanie are both Quakers. It seemed like a wonderful opportunity to plan to exhibit the installation in a place built for the purpose of stillness. The mobiles will be hung inside the meeting house, in front of the projected film and will catch glimpses of the footage of trees, luthiery and performance as they turn. Through the balancing of quietness and sound, emptiness and materiality, and transience and permanence the installation will aim to suggest the dovetailing of nature and human craft which creates potential for music.

With the help of my husband and mobile making partner, Jamie, (a Deputy Head in our local comprehensive school who works with me on the mobiles when he can), I am now making the last pieces for the exhibition. Clare is gathering footage. She obviously cannot film any of us herself so is relying on us all to give her pockets of footage we take ourselves which she will receive and somehow amalgamate, finding a way to intersperse all the various components: composer, luthier, mobile maker and player. I am very grateful for the involvement of everyone in the project.

We are aiming to create something which invites contemplation but which also has an element of hope within it. It is undeniably difficult to be hopeful about the future given the inequalities exposed by the COVID pandemic as well as the growing awareness of humankind’s devastating impact on the life of the planet. Younger generations need hope and conviction that there is the potential to build a more sustainable, harmonious world where everyone is valued equally. Alongside that sense of urgency exists a need for stillness and contemplation, a quiet space in which to listen and respond. The exhibition will aim to consider the act of making as a series of interactions, no individual one of which could take place without the others. I hope the installation will express this sense of inter-connectedness: of how all meaningful creativity and activity emerges from a fine balance of many different parts.

The exhibition is due to take place at Farfield Meeting House in the Yorkshire Dales (by appointment only) in June 2021.