A Murmuration of Starlings 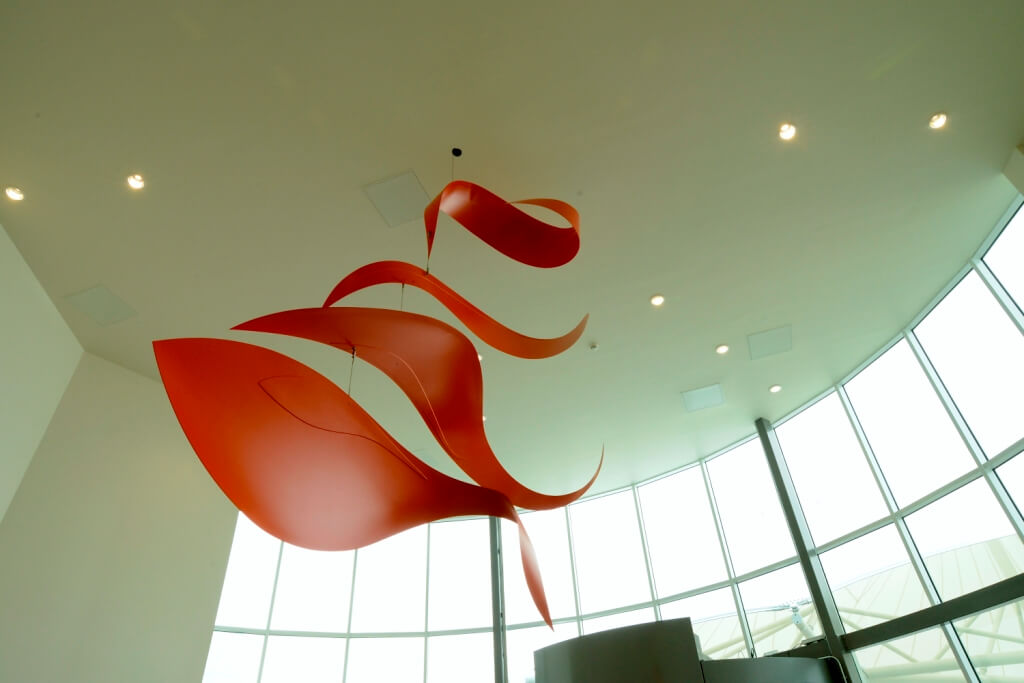 In February 2014 we saw a post from the Northumbria Healthcare NHS Foundation Trust detailing an art commission to apply for in a major new trauma hospital in Cramlington. The commission was for a suspended sculpture for the reception atrium space of the Northumbria Specialist Emergency Care Hospital (to open in summer 2015) and the theme was ‘hope and reassurance’.

Immediately I thought of huge flocks of starlings which we had seen on our previous visit to Northumberland (I have later discovered that Northumberland is one of the best places to see murmurations in the UK). The enormous groups of birds move in unison to form vast, swirling, animated shapes against a background of open sky. The wonder is that the individual birds move in harmony with each other forming a collective whole which has a grace and energy much greater than the sum of its parts.

After a process involving presentations and displays to a large cross-section of the local community we were selected and started work in September 2014.

We began by running some workshops with local school children (Cramlington Learning Village) to explore the balance and harmony of mobiles and consider how the individual pieces of a mobile interact. The children began the process with their own drawings and reflections on the life and characteristics of birds. They were led through the process of abstracting shapes from their drawings and creating their own mobiles. This work with the children formed the basis for the design of the final piece which is installed in the hospital.

Using the children’s work as a starting point, we created fourteen individual elements in wood of which four were selected in creating the final small scale mobile. We then collaborated with a metal fabricator (Artfabs) to scale up the model to 5m high by 4m wide in aluminium and stainless steel.

The hope is that when staff and visitors see the mobile they will experience for themselves some of that grace and energy of a flock of birds in flight. A Murmuration of Starlings can be read as a metaphor for the complex collaboration between people working at the hospital.

To see a feature which was written in The Telegraph about this commission, please click on the following link: The Art of Healing, The Telegraph 17 June 2015

The short films below: Studio, Taking Flight and Study were made by filmmaker Clare Dearnaley. 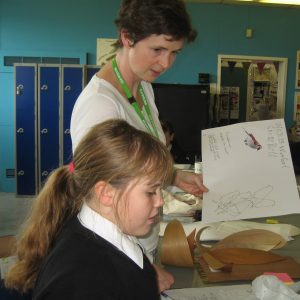 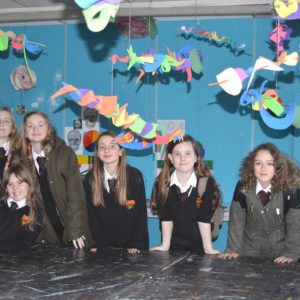 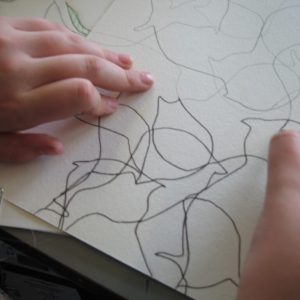 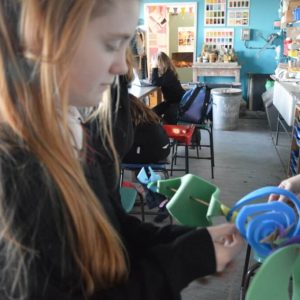 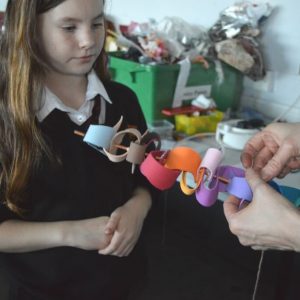 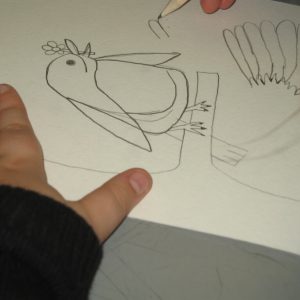 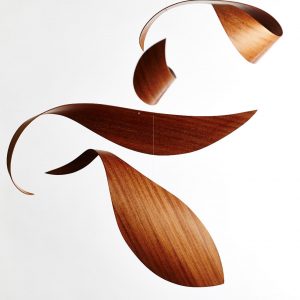 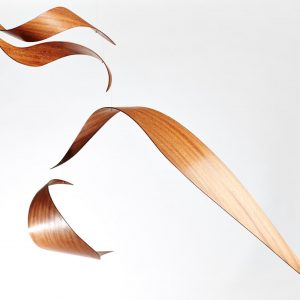 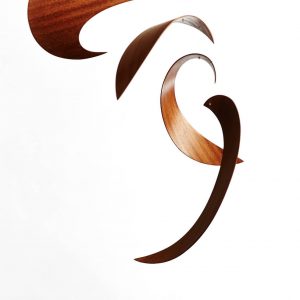 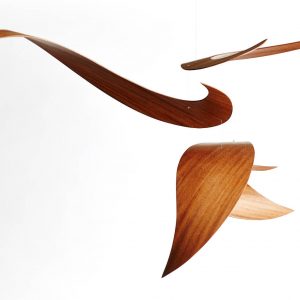 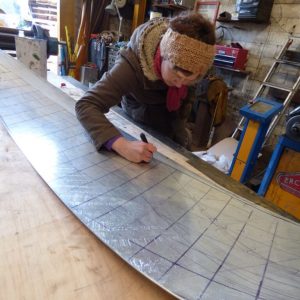 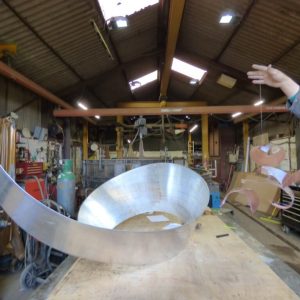 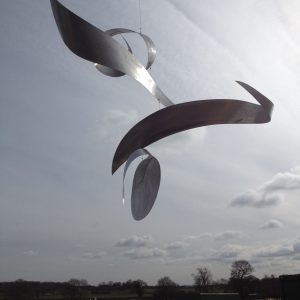 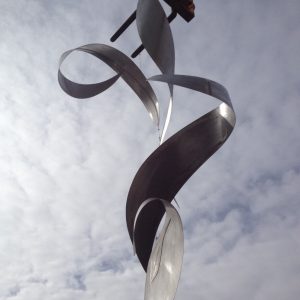 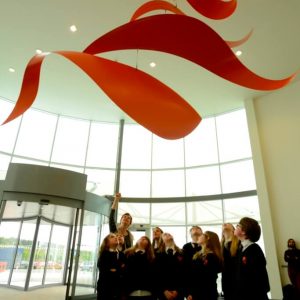 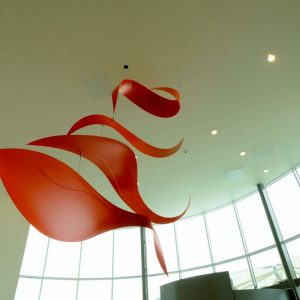 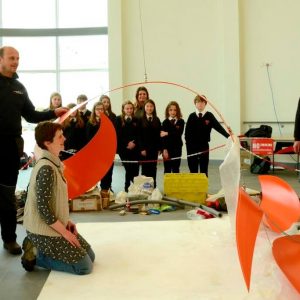 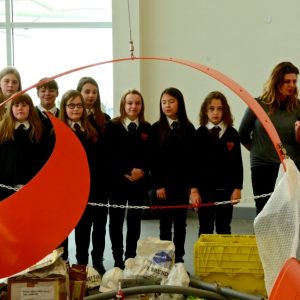 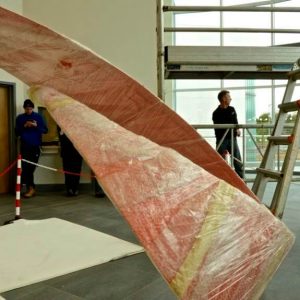