A Siege of Cranes 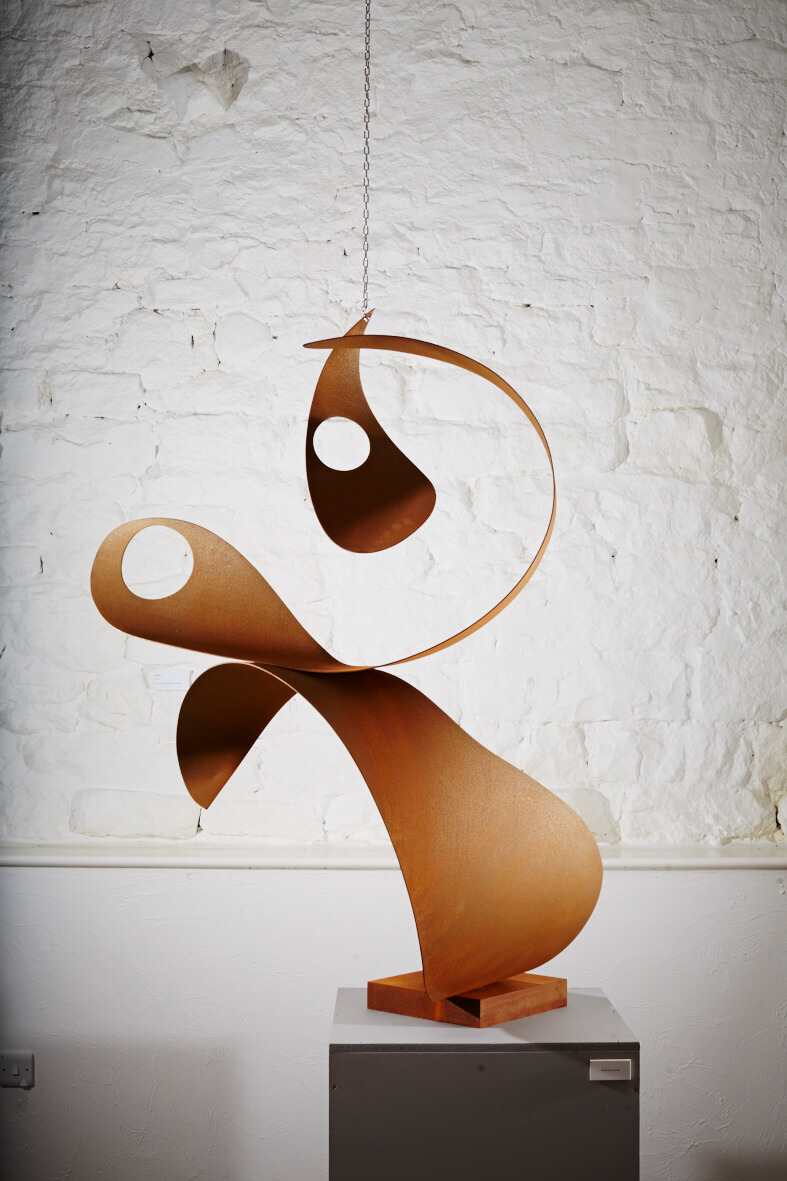 ‘A Siege of Cranes’ is a new body of work exploring balance and lack of balance. The artists have been invited by collector Ronnie Duncan to create an exhibition in his recently opened Barn Gallery in Weston, North Yorkshire.

The exhibition opens in May 2013 and includes small wooden mobiles (maquettes for larger pieces) as well as works up to four metres high in bronze, stainless steel and aluminium, all of which cast fleeting shadows around the beautiful light-filled space of the gallery.

Some mobiles are suspended from the ceiling in their more traditional form, while others are held still, their movement restricted through being hung against the gallery walls or resting on the gallery floor. By depriving some of the mobiles of the movement that is natural to them, the artists aim to extend the expressive range of this art form to include not just the joy of equilibrium but also the pain associated with a loss of balance.

This is the first opportunity to see a comprehensive exhibition of key works by artists Juliet & Jamie Gutch. Opening with a display dedicated to the models for their large-scale commission for the new flagship John Lewis store in East London, the main exhibition focuses on new work. The lines, forms and shapes for these latest mobiles are taken from the artists’ drawings of cranes in flight (the Red-crowned Crane, the gru Japonensis which breeds and stays in Hokkaido in northern Japan). The context for these particular works is the profound imbalance of everyday life experienced by those people living in the aftermath of the nuclear disaster at Fukushima Daiichi. The decision to use this particular bird as the inspiration for the mobiles was influenced by the Japanese tradition of making origami cranes as a gesture of hope during periods of sadness. 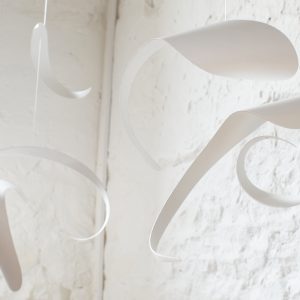 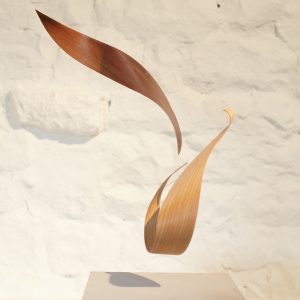 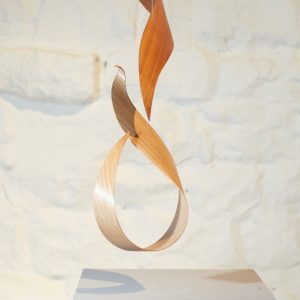 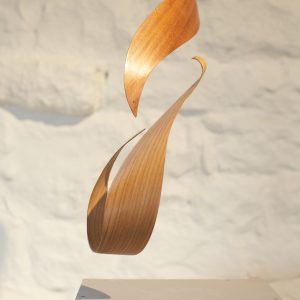 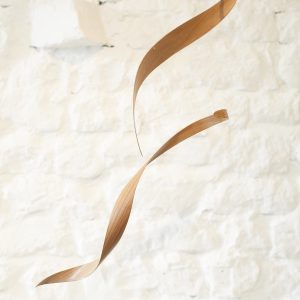 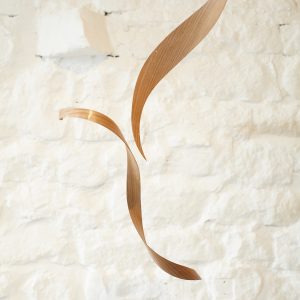 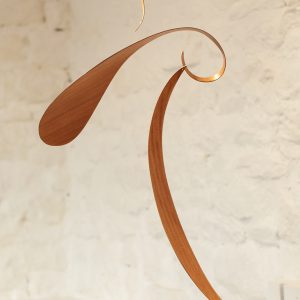 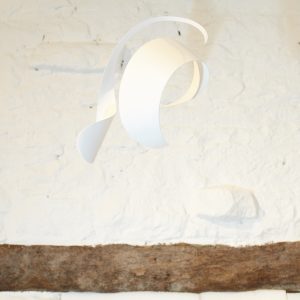 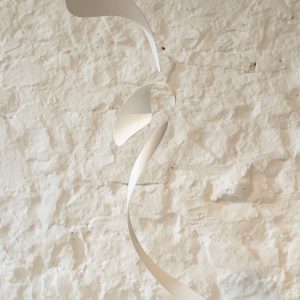 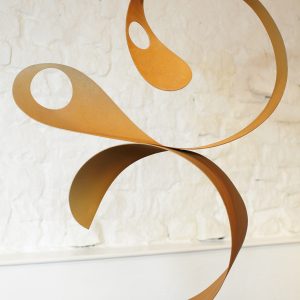 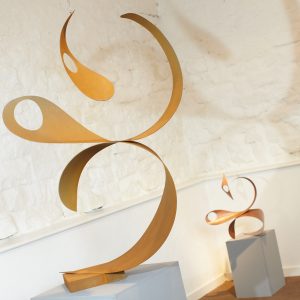 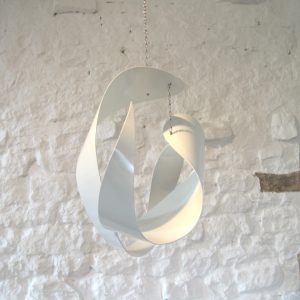 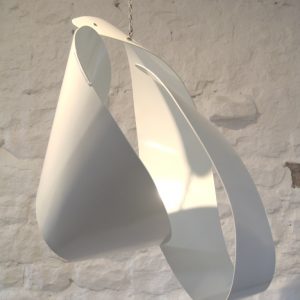 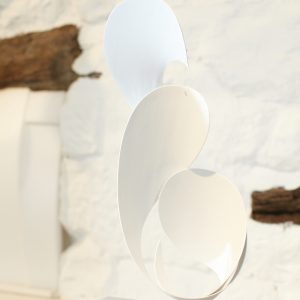 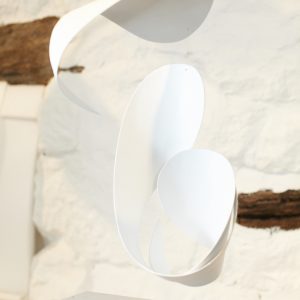 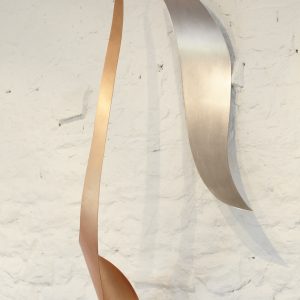 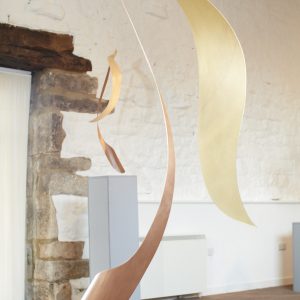 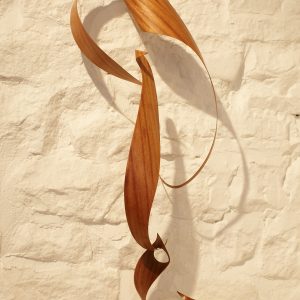 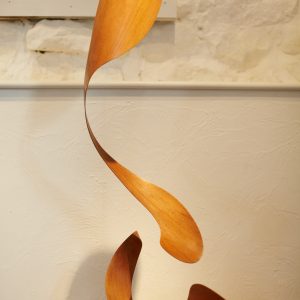 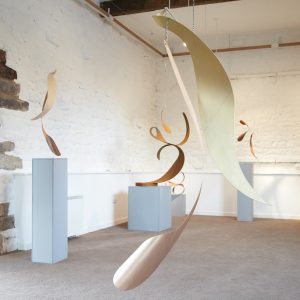 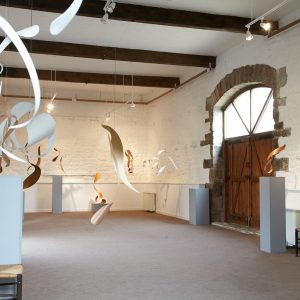 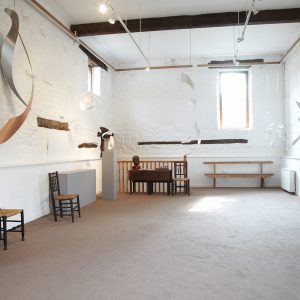 The above images are preview shots of the exhibition (photography David Lindsay). The drawings below demonstrate where the shapes which the mobiles are composed from are derived. Read an article about Ronnie Duncan and his gallery barn. 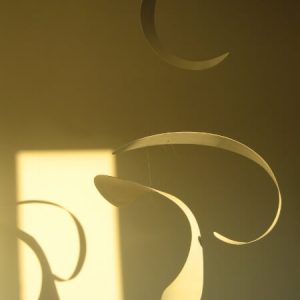 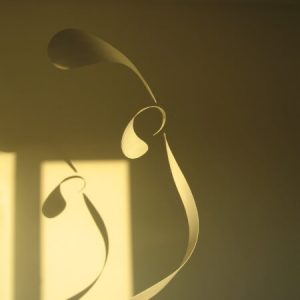 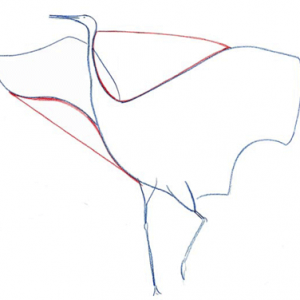 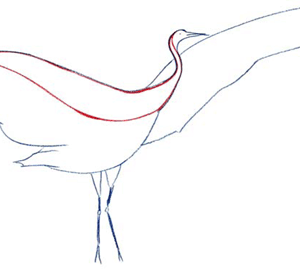 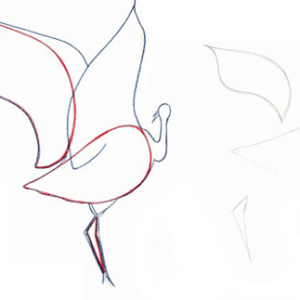 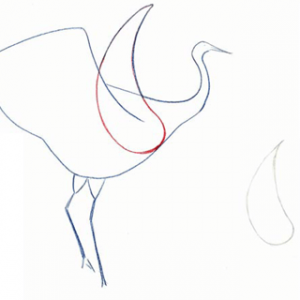 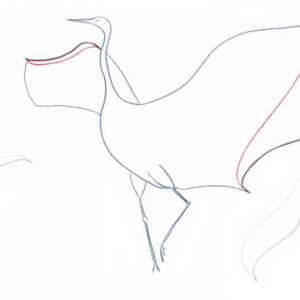