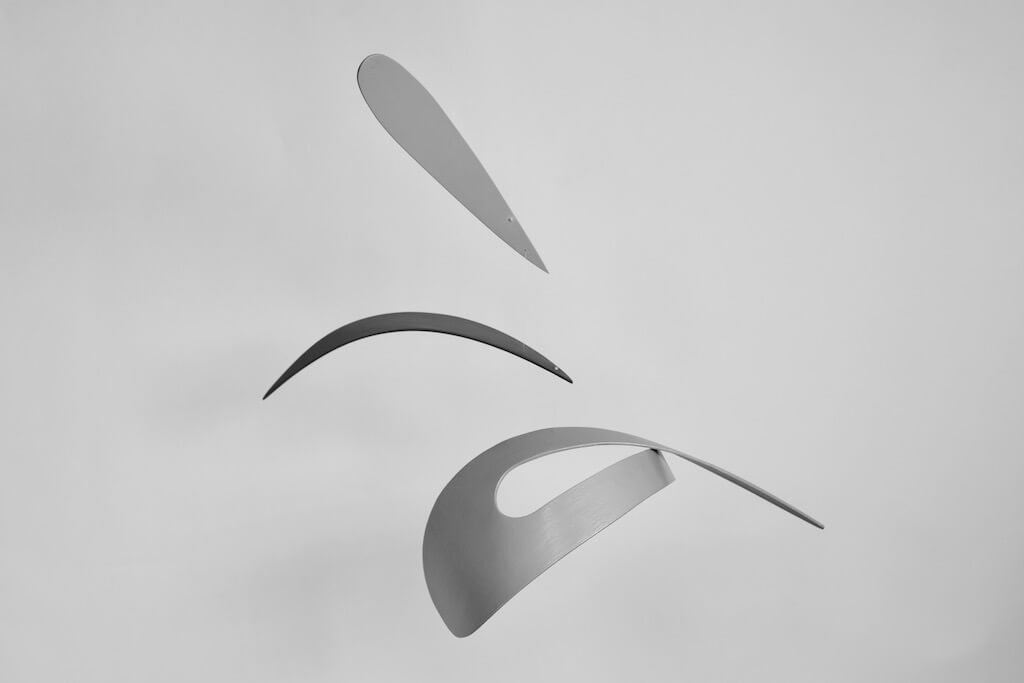 Filmmaker Clare Dearnaley has made a responsive film to our series Swift as light.

“This is a responsive film for artists Juliet & Jamie Gutch.

These mobile sculptures are inspired by swifts and filmed in permanent motion. From the moment this bird sets wing it is eternally air born, eating, drinking, sleeping and mating on the wing. It will only come to earth to nest and breed. Swifts are not designed for land, their wings are too long, legs too short to regain flight.

The film attempts to express the reverie, of ethereal light and sky with the mobile sculptures gliding through a love affair. All underpinned by the sadness of eventual return to land – and the need to breed.”