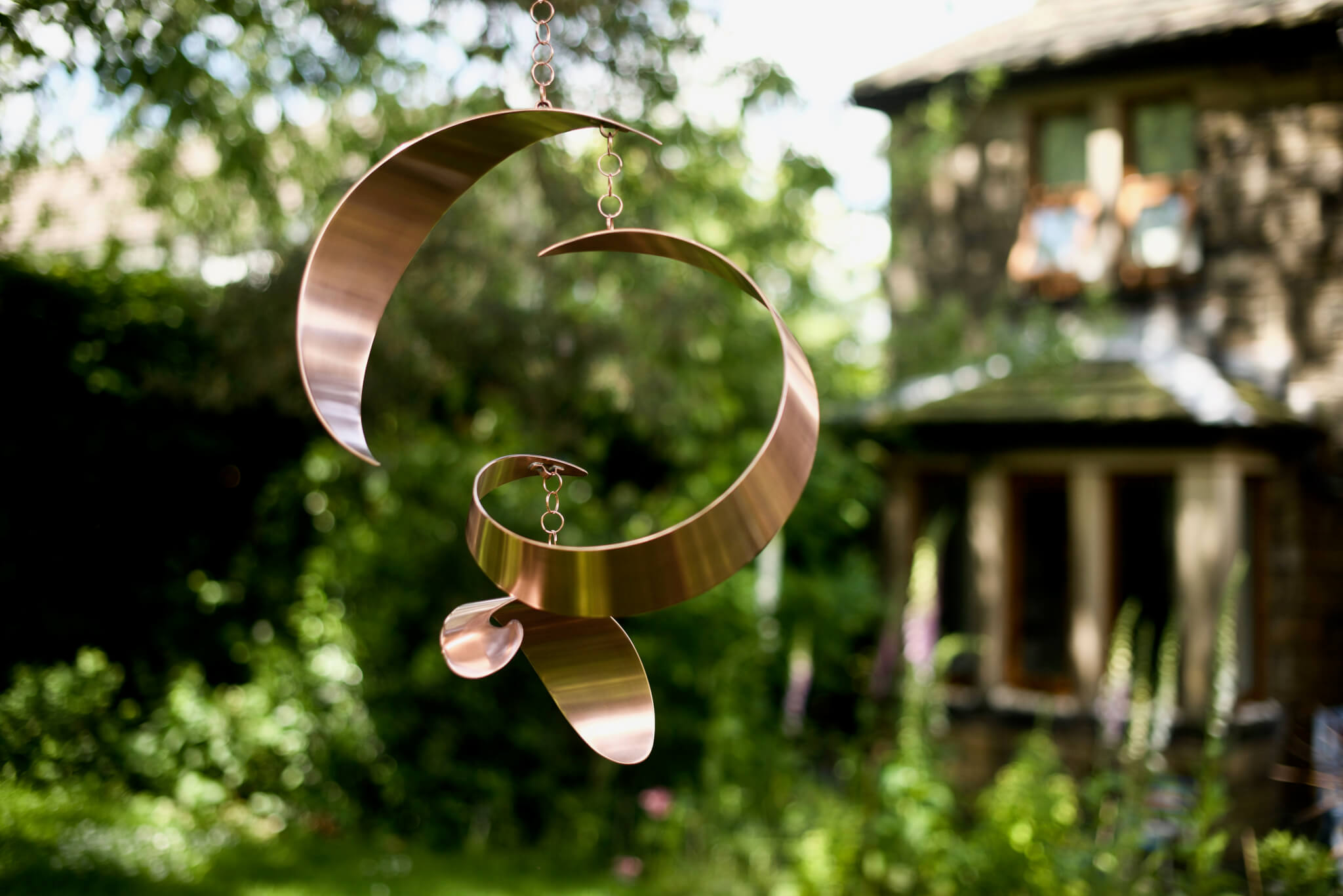 We were approached by Newby Hall House and Gardens to exhibit a mobile in their summer Sculpture Walk. The mobiles which we make in our studio are in wood and are not durable enough to be exhibited outside. We decided to explore the possibility of making one of our mobiles – already created in wood – in copper. We selected a piece which is part of our series ‘Swift as light’, made for Circus (through jaggedart), London in 2017 called Untethered. The shapes were formed by artist, blacksmith and fabricator James Wilkinson and finished, balanced and hung by us. The mobiles were inspired by swifts and how they are nearly constantly in flight: eating, drinking, sleeping and mating on the wing. However, they need to come to earth to nest and breed.

The polished copper has deliberately been left untreated and so will gradually change colour as the metal naturally oxidises. If hung outside it will change over a period of about 25 years from a bright golden hue, through shades of brown to a chalky green patina. In this way the material has been left ‘untethered’ and will be free to age naturally, the process being neither artificially accelerated nor restricted.

The pieces are originally sanded to a mirror finish but will over time oxidise and gradually over around 25 years will go green (as will the chain). The mobile weighs just under 2.5 kgs and is heavy enough to move fluidly despite quite strong breezes although it will ideally be positioned in a relatively sheltered spot. It can hang from the branch of a tree (as in the film below) or from a wire or bracket.

A short film of Untethered by Clare Dearnaley (with ‘Spiegel im Spiegel’ by Arvo Pärt meaning ‘mirror in the mirror’) can be seen here: